Voice (Child) Actors, or How it’s the Rugrats Blog-A-Thon

I had so much fun compiling this post on Voice Actressexuality for TFE that I figured I’d do something along the same lines for My Stuff and Cr*p‘s Rug Rats Blog-A-Thon (somehow the words “niche” and “specialization” are ringing in my ears… I have no idea why).But it is true: when do people sit down and chat about Child Actors, let alone Voice Child Actors? That may be because there aren’t that many VCA (yes, I’m coining the acronym as we speak) parts – did you know Lisa and Bart Simpson, all those Rugrats and even Disney’s Doug (all lovable animated kids) aren’t voiced by kids themselves? I guess it’s easier to accommodate adults’ schedules (and talents!) for a TV series, which is why I found more VCAs in films rather than in the tube.

And while great adult performances can make kid roles really entertaining, I give props to child actors whose voices go beyond merely what’s on the page and you can really feel they are lived-in characters (This might also be a tip of the hat to the directors involved who knew what to get and how to use it). And so, this is why today, I’m I spotlighting the kids who stepped up to the plate and create lovable animated kids:

Regardless of the tragic ending of little Ms Barsi (she was murdered by her father alonside her mother back in 1988, there’s no denying what Don Bluth saw in her to have her voice two memorable characters in his late 80s movies. Ducky is just a wonderful creation (coming from a movie I adored while growing up) that helps give the film that innocence and wonderful playful nature that along with Petrie off-sets the more mature themes of loss and family, while Anne-Marie is the emotional core in a film that nicely balances her story with the antics of Charlie and Itchy. 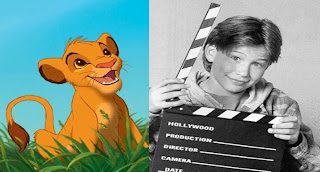 Oh JTT. What would the 90s have done without you? Seriously, was there anything Mr triple-named Thomas didn’t attempt? Thankfully, his voice was the right combination of innocence and arrogance needed to make little Simba a wide-eyed cub before he learns to live by Hakuna Matata after witnessing his father’s death (which I still stand by is the ‘Bambi’s mother’s death of our time!). I adore in particular the scenes he shares with Jeremy Iron er… Scar, where the obvious pitch, style and tone of each creates the core tension in the film: JTT’s childish though good-natured bravery matched by Irons’ calm, cool and collected (if altogether cowardly) courage.

Signature Line: Oh I just can’t wait to be king! 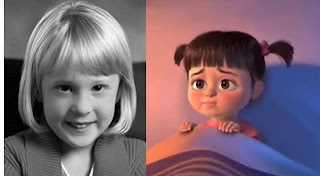 I dare anyone to watch Monsters, Inc. and NOT fall in love with the adorable Boo. Sure, most of the line readings are incomprehensible to both the audience and the monsters who take care of orphan Boo in their world but that’s what makes the very vocal and tiny Boo so affecting – it’s all in her shrieks and laughs that we are put in the same position as Goodman’s Sulley and Crystal’s Mike. Pete Docter deserves probably most of the praise for this performance, but in Boo I saw a young girl so true to life I couldn’t pass up the opportunity to glorify a child performance (and a kid character) that doesn’t need to be quipping and bantering, nor being innocent and wide-eyed, but instead being just herself: laughing when she wants to, pointing to what she needs and colouring whatever she sees. 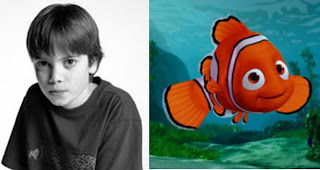 While the breakout voice performance might have come from a certain out blonde comedienne, Gould holds his own against the likes of Brad Garret, Willem Defoe and even Allison Janney, in that character-ful fish tank, creating a clown fish worth an entire film and an adventure across to sea. Continuing the motifs of the actors discussed before, Gould imbues Nemo with an optimistic and willful voice (again juxtaposed to Defoe’s threatening but well-meaning Gill).

Signature Line: I have a bad fin…

Okay, I’ll retreat to my animated bubble now and await the likes of Kristin Chenoweth (Disney’s Rapunzel) and Anika Noni Rose (Disney’sThe Princess and the Frog) – because yes, I do enjoy a good voice acting gig in the muddled ‘genre’ (though people! It’s actually a medium!) that is now plagued with Murphy just doing his thang and A-listers phoning it in.