TV in the 2000s, or How let’s name ABND’s Best Comedy Series

Best of the 2000s Next Door
The decade is coming to a close and we all know what that means: TOP [insert arbitrary number here] LISTS! Not one to be left out of the bandwagon (cause, really, what better way is there to travel than in a bandwagon with random people?) I have decided to count down my favorite (read: best) things from this decade.You’ll see posts counting down my favorite TV shows (Comedy/Drama) as well as my favorite films and performances (TV/Film) from the decade. These are totally biased choices based on what I watch (I’m not aiming for an objective perspective – not just because I don’t watch EVERYTHING on TV but because this is my blog and I cater to no “masses” (so if you were hoping that comedies centered around an overweight male and his hot wife or films based on bromantic situations with crass humour… this ain’t the place for you).
Best TV (Comedy)
I’ve always been a comedy guy. Dramas (as you’ll see when I count them down) are not my forte at all. But comedies – situational or otherwise – are what I grew up on: The Nanny, Seinfeld, Gilligan’s Island, Bewitched, Mad About You, I Dream of Jenie, etc. all helped raise me to be who I am today. Comedies are where I learned about New York City (even though they were filmed in Los Angeles), where I learned what a family was (even if they were ten times crazier than my own) and where I learned that friends will there whether you cast a black man in your show, say someone else’s name at a wedding, bring the love of your life back from the dead, decide to become a nurse on a whim or decide to go Yale instead of Harvard. And so, I give you my Top 5 Comedies from the 2000s:
30 Rock 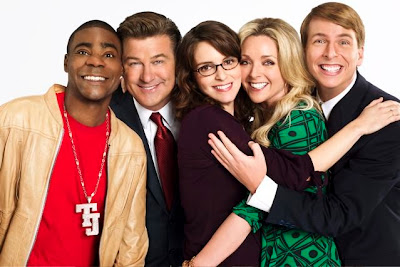 This one is for the books (and not just because of its Emmy-nomination record) but because its absurd hijinks, its rat-tat-tat dialogue full of witty one-liners (“Lemon, it’s after six-o’clock; what am I a farmer?”/ “I want to go there”) and its great ensemble (including Emmy winners Alec Baldwin & Tina Fey as well as Emmy nominees Jane Krakowski, Tracy Morgan and Jack McBrayer) would usually relegate this comedy to cult-status (see Arrested Development) but 30 Rock, while not cranking out NCIS ratings numbers, manages to hit the zeitgeist in a way no comedy in recent memory has. From its scathing social commentary on celebrities (“If there were no actors, how would people know who to vote for?”) to its political satire of neocons and the bailout, 30 Rock has carved a niche for itself as a quotable water cooler comedy that can easily swing from the asurd (“Werewolf Bar Mitzvah”) to the topical (“Greenzo” and Al Gore) without losing a beat.
Friends 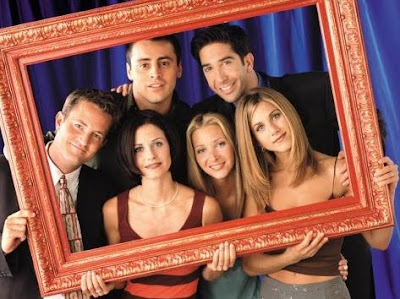 Probably ‘the’ sitcom of the last 20 years (sorry Frasier fans, and Seinfeld fans, if you’re curious I’d brand that Larry David produced show as ‘the’ greatest anti-sitcom sitcom of well…ever), Friends managed to turn a dull-like premise (6 Friends in NYC!) and turn into a wonderful jumping board from soap-like storylines (it wasn’t surprising that vaguely half of its season finale hinged on either marriages, births or relationship issues) to hysterical twists on those same ones (‘We were on a break!’). Through 10 years we fell for Rachel’s hair, Phoebe’s ‘smelly cat,’ Monica’s OCD, Chandler’s jokes, Ross’s ‘dinasours,’ and Joey’s endearing/irritating idiocy. Was it a bit white-washed and representing a wholly implausible NYC life on their salaries? Maybe, but who wants ‘reality’ in their sitcoms? Friends focused on relationships and the strongest one was the one created between its character and its audience and even while working formulaic sitcomy situations, this series is still a gem when you consider how much we really cared about whether Ross and Rachel would end up together (hint: they did).
Pushing Daisies 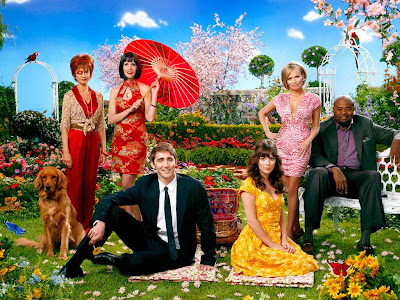 If there was one series in my lineup that I wished had lasted longer, it’d be Pushing Daisies. Bryan Fuller’s tale of a piemaker who can wake the dead was a brilliant blend of humour, schmaltz, candy-colored visuals and gum-shew plotting. With an impressive cast featuring Swoozie Kurtz, Ellen Greene, Chi McBride, Anna Friel, Lee Pace and Emmy winner Kristin Chenoweth, Pushing Daisies created 22 episodes in 2 seasons that offered a world that was as cloying as it was funny, as heartwarming as it was slick. It was a bit Tim Burton-ish, a bit Roal Dahl-esque, and in a sense reminded me of the ‘magical realism’ that marked my childhood: characters don’t freak out or overanalyse Ned’s power, and that in itself makes for a very magical world where symmetry, bright colours and fairy-tales are evoked, invoked and reworked into the very fabric of the world. As Chuck says in the pilot: “I guess dying is as good an excuse as any to start living.” And despite not living long, they truly all did live very well.
Will & Grace 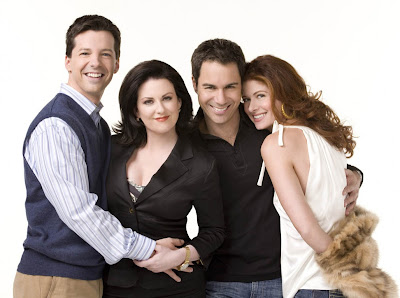 Is it overly sitcom-y? Does it straddle the line between LGBT visibility and gay stereotypes? Maybe, but in a TV landscape that so rarely presents LGBT characters as central to a show, we have to remember how groundbreaking (as well as funny) this show was. Featuring one of the strongest ensemble casts in recent memory (Sean Hayes, Megan Mullally, Eric McCormack and Debra Messing deserve all the hardware they picked up – from Emmys, to SAG Awards to Golden Globes, etc. etc.) Will & Grace took a tried and true formula (a sitcom about roommates!) and spun it into hysterical look at gay life, straight life and everything in between. But in particular, we have to reward a show that gave us Karen Walker – a pill-popping, alcohol-swigging, money-squandering, retort-ready ‘secretary.’ This is truly a character for the ages with a number of one-liners that put to shame much of what’s on TV right now. I’m sure if she could hear the things the likes of Charlie Sheen, Jay Mohr or even Leno, she’d say “By your inflection, I can tell that you think what you’re saying is funny, but…no.” Amen.
Gilmore Girls 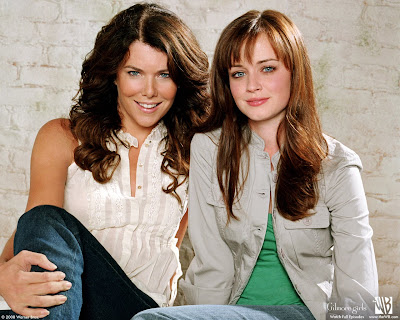 I remember watching the first episode of Gilmore Girls on the WB the day it aired and I realised I had watched something incredible. When I watched the series finale, I found it hard to say goodbye to Lauren Graham’s Lorelai and Alexis Bledel’s Rory whom I had shared so much with (boyfriends, college, marriages, hospital visits, you name it). This unlikely (and some would say implausible) mother-daughter relationship, grounded in an obsessive consumption and relentless re-quotation of popular culture (“You lost me at carrots, which was the first draft of ‘you had me at hello’.”), was everything I want in a ‘family show’ especially as every week it disavowed any schmaltz in favor of witty-one liners and the fastest-delivered dialogue in TV… ever. That Amy Sherman-Palladino surrounded her two protagonists with a wide array of amazing supporting characters (in particular Lorelai’s mother Emily and all of Rory’s suitors over the years, including a pre-Supernatural Jared Paladecki and a pre-Heroes Milo Ventimiglia) only served to heighten my desire to visit Stars Hollow every week.
Runners-up:
Sex & the City (for giving us Carrie, Miranda, Charlotte, Samantha and a version of NYC we all wished existed!), How I Met Your Mother (for trying to resuscitate the sitcom through post-modern storytelling, in such a legen-waitforit-dary way!), Arrested Development (for making us feel a little bit saner by watching the crazy antics of the Bluth family), Desperate Housewives (for a first season which is almost flawless in its blend of intrigue, soap-opera-plotting, master comedic acting and sparkling dialogue), Flight of the Conchords (because Bret and Jemaine make for a odd Kiwi couple pairing whose hysterics are only matched by their crazy folk songs).