TV in the 2000s, or How let’s name ABND’s Best Comedy Actress

Narrowing the performance/actor categories was HARD. But I went with two things:
1. Do I like the actor/actress?
2. Do I like the performance?
Okay, maybe that didn’t help ’em narrow them down at all. But I do have a crazy math system in the back of my head. Just don’t make me explain it to cause I’m sure it would blow you away with its awesome and accurateness.
Best Performance by an Actress (Comedy)
Lauren Graham – Lorelai Gilmore (Gilmore Girls) 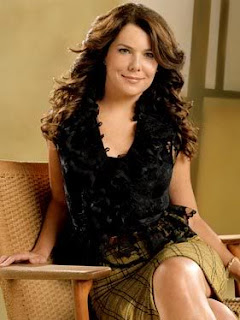 “How beautiful are we talking? Catherine Zeta-Jones or the weird looking Hilton sister?”

If there was ever a TV character that could convince me to have kids, it’d be Lauren Graham’s Lorelai Gilmore. Here was a cool mom who (implausibly, maybe) had a great relationship with her teenage daughter built on pop culture, fast-paced dialogue and an almost obsessive will to eat. In the hands of Lauren Graham, Lorelai became for me the type of person I wanted to sound like: no one rambles and rants and raves and meanders better than Lorelai Sr and while her diatribes might have made for a flat, unrealistic character, Graham’s warmth and likability (not to mention her hair!) made her endearing, flawed and relatable. I suffered through her relationships, her economic hardships and her family woes, but to me the moments where Graham shined was when she was at her comic best – rat-tat-tatting references from Paul Anka to Robert Downey Jr that few people other than Rory fully got. 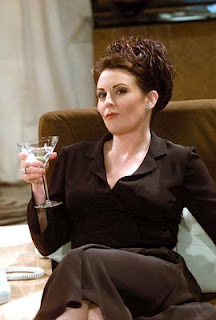 What can be said about Karen Walker (and Megan Mullally) that has not been said before? I mean, here is a gay icon for a generation: she’s a powerful, drunk, pill-popping, bad-mouthed white rich woman with a great rack. What else have gay men ever needed? And while it might be the one-liners that everyone remembers (“I love Stan. Stan loves ham. Ham I am!”) or the way she always put down Grace for her outfits (“Oh honey, I thought we had talked about that blouse…”), the reason Karen was such a strong character for me was because Mullally did such a good job of keeping her grounded. For every zinger she got, Mullally knocked a dramatic (or a musical, or a serious) scene out of the park (her episode where she’s alone in a prison cell talking to a camera about Stan is brilliant on all these levels, for example). Karen, despite her offensive outlook on life (including poor worker benefits for her maid Rosario and a poor work ethic at Adler designs) remains a character that we like because of the vulnerability with which Mullally played her ???
Jennifer Aniston – Rachel Green (Friends) 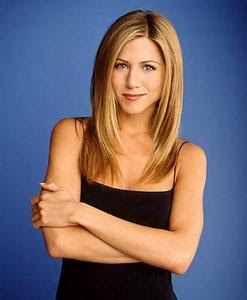 “Oh my God. I’ve become my father. I’ve been trying so hard not to become my mother, I didn’t see this coming.”

Her character may be best known for her early season hairstyle, which took the world by storm, but Jen Aniston’s breakout role of ‘Rachel Green’ is one of the funniest and most well-rounded female characters to grace television this past decade (and yes I know, that means only the latter part of Friends makes the cut, but I truly believe it is her work on Season 8 when she was pregnant that really showcased her comedic chops). Rachel may have started as a spoiled brat running away from a marriage that was bound for disaster (as the ‘What If’ episodes showed us) but the series saw her grow into a professional in the fashion world with a child and of course, an on and off relationship with Ross. Aniston’s comedic timing was always perfect – whether she was being cranky over not having delivered Emma yet, or frustrated over her feelings for Joey (a storyline I never cared for). She made Rachel feel ‘lived in’ and while off-putting at times (I mean, every Friends character had their moments of “just stfu ok?”) she made me laugh whenever she was onscreen, whether she was making a beef-infused Thanksgiving dessert, or hitting on her younger assistant, or having the ‘we were on a break!’ conversation with Ross, or – my favorite – bickering with her sister over who’s more spoiled.
Kristen Wiig – Assorted characters (SNL) 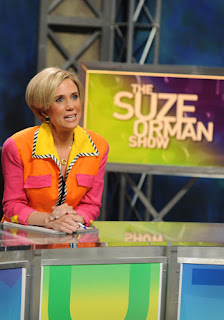 “George Washington is my natural father. I’m on the dollar bill, too. That’s my eye in the pyramid.” (Penelope)

Suze Orman. Penelope. The Target Lady. Kathy-Lee. Gilly. Judy Grimes. These are just a couple of the uproariously hysterical characters Ms Wiig has been amassing during her past couple of years at SNL as MVP (this coming from someone who despises sports metaphors). She is the one person who, even when the skit is horrid (most of the ones this past season, for example) she’ll make me smile and sometimes guffaw so much I spill my drink. Most of her staples are crazy people and to see Wiig let go – of her vanity, her composure, her body, is a feat in it of itself. Yet, for all the crazy shenanigans of her characters (Kathie-Lee’s drinking, Gilly’s violence, Grimes’s nerves, Penelope’s one-upping monologues) Wiig never feels like she’s mugging for laughs (as most of her co-stars do from time to time ::coughAndySambergcough::). For making SNL a joy to watch (even in the non-Palin skits episodes) this past decade, I had to commend her with this inclusion.
Tina Fey – Liz Lemon (30 Rock) 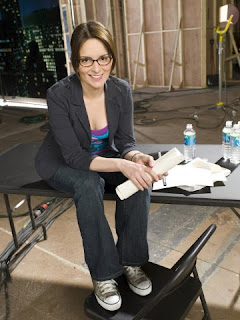 Tina Fey is a triple threat: she can write, she can act and she can make more sandwich-centered jokes than anyone else on television. Liz Lemon is probably a great character because it is based on Fey herself, but the exaggerations are so crazy (her Leia costume to get out of jury duty, her love for bull-semen enhanced snacks) that one can’t simply say Fey is playing herself. Over the past four seasons, Fey has managed a good mixture of zaniness, physical comedy and a knack for churning out great catch-phrases (“I want to go to there” being everyone’s favorite of course but “nards!” “What the what?” “by the hammer of Thor” are also classic). Lemon’s helplessness and cluelessness of course wouldn’t be anything if they were not paired with Baldwin’s Jack. Here’s one of the greatest comedic duos of the decade. Fey may have said that she felt like the hat rack to Baldwin’s Astaire, but she has proven that she can dance right along, albeit in a way that gives Elaine’s dance from Seinfeld a run for its money.
Runners up:
The Sex and the City girls (Sarah Jessica Parker, Cynthia Nixon, Kim Cattrall & Kristin Davis) for making female archetypes the norm when deciding what kind of NYC gal you are (I’m a Carrie, if you must know). The Desperate Housewives gals (especially Marcia Cross and Felicity Huffman) for humanizing what would otherwise be walking cliches in a soap-tastic show whose camp is only matched (and sometimes upped by): Vanessa Williams’s ‘Whilemina’ in Ugly Betty – whose one-liners and eyebrow-raising have been a staple of the (albeit flailing) show. And last (but not least) the other SNL MVP that now has a brand new comedy on NBC: Ms Amy Poehler whose Palin rap will rank amongst the greatest SNL moments in the history of the show and whose Leslie Knope (Parks & Recreations) is slowly becoming a character to watch.