Best Performances (TV Comedy) Part 1
Narrowing the performance/actor categories was HARD. But I went with two things:
1. Do I like the actor/actress?
2. Do I like the performance?
Okay, maybe that didn’t help ’em narrow them down at all. But I do have a crazy math system in the back of my head. Just don’t make me explain it to cause I’m sure it would blow you away with its awesome and accurateness.
Best Performance by an Actor (Comedy)
Sean Hayes – Jack McFarland (Will & Grace) 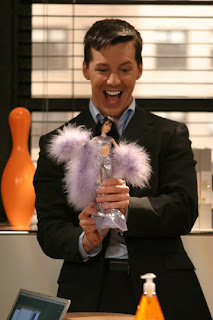 Sure, Will & Grace was about that eponymous dysfunctional gay man/straight woman couple but we all know the laughs belonged to Jack and (see below) Karen. Is ‘Jack’ the ultimate gay stereotype? I don’t know, but if he straddles the line between stereotype and accurate depiction (Oh, the many ‘Jack McFarlands’ I’ve met!) it must have worked that this character never took itself too seriously. Emmy Winner Sean Hayes embodied this character to the extent that seeing him play a hick on 30 Rock jarred me in a good way. From ‘Just Jack!’ to ‘Just Jack 2000!’ to ‘Student Nurse Jack’ to OutTV executive who sing-ed his eyebrow (one of my favorite moments of the show in the season 8 premiere, and no he doesn’t mean ‘singed’ he meant ‘sang’), Jack was always an adorable gay man who for all his (alleged) gay sexual philandering, had his heart in the right place. Just be sure to not distract him with polysyllabic words or shiny objects.
Alec Baldwin – Jack Donaghy (30 Rock) 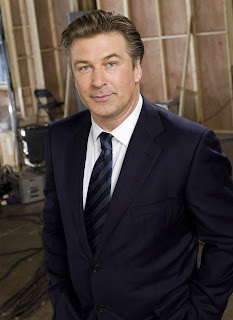 “You go to that house and work it like a Chinese gymnast: wear something tight, force a smile, and lie about your age.”

Two-time Emmy winner Alec Baldwin is that rare thespian who turned a solid movie career (including an Oscar nomination) into a great comedic vehicle (okay, so maybe it’s not so rare anymore now that the Sally Fields and the Glenn Closes of the world have their own TV show). To cast Baldwin against a rag-tag of crazy secondary characters on 30 Rock and to make Jack Donaghy as the political opposite of Baldwin himself makes for the greatest reasons why he shines so much in his role. He is at once playing an exaggerated foil of himself and playing it straight to an army of crazy though we all know how crazy a comic Baldwin can be (he has hosted SNL 14 times, only one short of the record held by upcoming co-Oscar host Steve Martin). From ‘El Generalissimo’ to his therapy sessions to Tracy, to his one-liners, to his incredible affairs with women as distinct as Phoebe (a feeble-boned Emily Mortimer), a crazy Bianca (Isabella Rossellinni), la viuda negra (Salma Hayek) and CC Cunningham (Edie Falco), Jack has a spot in the greatest ‘bosses of comedy’ Hall of Fame (suck it Michael Scott!).
Will Arnett – GOB (George Bluth) (Arrested Development) & Devon Banks (30 Rock) 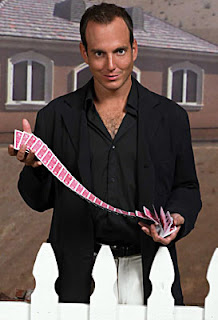 “Dad asked me to do this on the day he pleads not guilty, as a spectacular protest. A protestacular!” (Bluth)

Does anyone play odd-ball better than Emmy nominee Will Arnett (aka. Mr Amy Poehler)? He has given us two characters this decade that merit mention. The first (GOB Bluth in Arrested Development) showed an actor that could go wherever the writers took him (and they took him to very very wacky places – need we say more than “Franklin Delano Bluth”?) and whose physical chops for comedy (whether as a magician failing at an escape trying to help his father escape or attempting to hang himself with a belt) were always in service of the crazy world of the Bluth family.
With Devon Banks, Arnett created a character (some say based on Ben Silverman) who will go any length to get to the top of the GE chain of command and get back at Jack Donaghy (including hiding his sexuality, marrying a woman he doesn’t even stand, attempt to clog Jack’s arteries with beef and wine and charm the Obama girls). HIs Banks is sleazy and power-hungry but also hysterically overblown, especially when using his ‘gruff voice’ to intimidate employees or seduce Kenneth the page while wearing a tiny hotel robe.
Neil Patrick Harris – Barney Stinson (How I Met Your Mother) 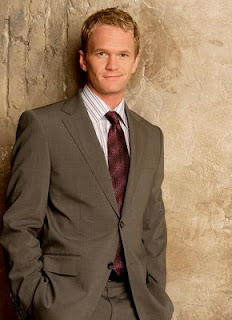 “Legen – wait for it… hope you’re not lactose intolerant cause the second half of that word is -dairy!”

It’s not just the catch-phrases (“Self-five! Phone-five! High five!” “Have you … met Ted?”) and it’s not just the suits (“Suit up!”) or about the seemingly aimless womanizing of a certain Barney Stinson. It’s how effortlessly multiple Emmy nominee (and 2009 Emmy host!) Neil Patrick Harris marries Barney’s nonchalant approach to women (let us remember he keeps cameras in his bedroom, the recent ‘Playbook’) and his high-dork factor (he does after all love laser-tag, owns a Star Wars stormtrooper and makes scrapbooks of the girls’ he’s slept with). Barney is a character that can romance a girl while wearing old-man makeup – he’s as corny as he is awesome. Barney – for all its blatant heterosexuality might be the queerest member of this NYC group of friends (not because NPH is gay) but because he becomes the stand-in character in a marriage-plot driven sitcom for anti-marriage, anti-monogamy and anti-family. As a character, Barney is a foil to Ted’s marriage-driven plot/life (which might explain why the greatest tension of the character was his coming to terms with what he felt for Robin including several spastic and schizo moments of ‘I love her!’ ‘I want women still!’ we saw and enjoyed last season and why their getting together felt at once earned and yet unsatisfactory).
Runners-up:
The Friends boys (Matthew Perry, Matt LeBlanc and David Schwimmer) for making come back to Central Perk every week be it for their awkward humour, their adorable idiocy or their love for paleontology. Erick McKormack (Will & Grace) for giving me a gay NYC neurotic as a role model so early on. Bret & Jemaine (Flight of the Conchords) for making Kiwis so folksy cool and writing ‘Leggy Blonde’ for to hum along on random mornings. And Ricky Gervais (Extras) for making awkward so funny and stellar.