TOP 50 FILMS OF THE 2000s
This is obviously a biased list of titles that range from Oscar winners to animated gems, and the only criteria I used was: “movies that I have thought about, have rewatched over and over again and which have stayed with me in one way or another.” It’s a “best of” list only in the sense that that ‘best’ is utterly subjective.
[Check out part 1 here]
20. Minority Report

Was there a better Spielberg film this decade than Minority Report? Sure, the Academy gave a nod to the otherwise under-appreciated Munich (which should be rewatched if only to catch Daniel Craig in some snug jeans…) but I think that this Tom Cruise film (his best film in a decade that saw him go from bona fide movie star to laughing stock) is one for the ages. Taking a solid dystopian/futuristic premise (in the world of the film criminals are arrested before they commit the crime) and wonderful supporting performances, Spielberg creates a beautifully rendered film that looks as slick as it works.
19. Adapation 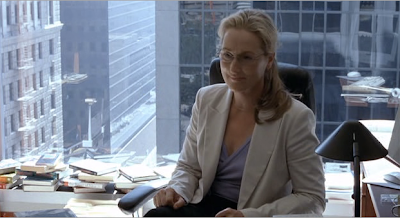 I love Charlie Kauffman soo much. I have yet to revisit Synecdoche, NY (which I really think I should) but for making me enjoy a Nicolas Cage this much, he deserves mad props. Also, I’m a sucker for metafiction so this film about a book being adapted into a film that turns out to be the same film we are watching being adapted… (see? I’m confused already) is a triumph for me on several different levels. Spike Jonze’s direction grounds the crazy premise in a fully lived-in world and offers his actors (Cage, Streep and Oscar-winning Cooper, not to mention the lovely Swinton and the underrated Greer) the room to stretch their thespian muscles and give memorable performances in a film as funny as it is sad and as entertaining as it is smart.
18. Children of Men 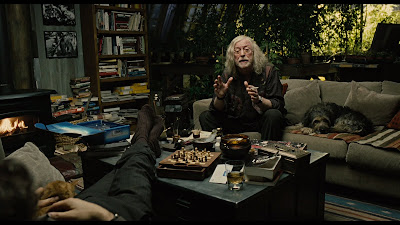 Sometimes I love films for their actors (see above) or for their writers (see below) and sometimes, it is the director that takes center stage for me in why I love a film. There’s no denying that Alfonso Cuaron is one of the greatest directors working today and not content with giving us the greatest Harry Potter film of them all (and don’t even try to make an argument for any of the others), he went ahead and turned a dystopian novel based on a world where no can reproduce into a strikingly beautiful melancholic visual journey. Clive Owen as Theo (given the task to protect the only pregnant woman on the planet – see how easily that could have devolved into Michael Bay/Bruce Willis territory?)
17. Erin Brockovich 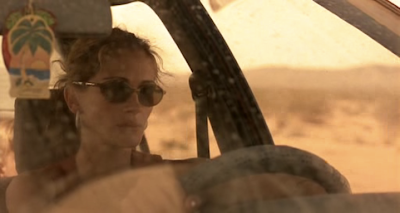 Lately I feel like the only Julia Roberts fan/apologist around (it is no surprise that two of her films make my Top 25 even in a decade that saw her relegated to smaller roles given her choice to raise her family, but it seems she’s gearing up for a comeback with two films lined up for release next year). But I dare anyone, fan or not, to watch Erin Brockovich and not relish the delicious way in which Roberts takes this real-life role and utterly makes it an iconic Roberts-role. Soderbergh’s direction allows her to breathe and in its seeming simplicity (especially compared to his more showy work that year in Traffic) manages to keep her performance front and center (quite a gamble if you think about it). Good thing Roberts has the goods (comedic, dramatic and physical) to deliver – her ‘numbers’ monologue alone makes me love this film more than I would have originally thought possible (I mean, the story itself isn’t the stuff of good films, now is it?).
16. Gosford Park

This is one of the films from this past decade that gets better with every viewing and whose grip on me didn’t come from my first viewing experience but which crept on me as I kept revisiting in. Altman’s whodunnit film, framed within the confines of English High society yet from the point of view of those who serve them (it is no accident that we are only privy to scenes with servants present) is a great example of a successful use of an ensemble cast. While Helen Mirren and Maggie Smith are the clear standouts (the former for her restraint the latter for quite the opposite) every single actor shines throughout, and they do so because the improvisational nature of the script and the wandering camera never let this feel like a film but more like an experience. Throughout we are invited as guests to this party and come to know the secrets behind the death that opens the conflict in the same way that characters move through them.
15. Kill Bill (Vol 1 & 2)

It might be a cop out to place ‘both’ these films under one spot but they seem so organically paired (they were supposed to be, after all, just one film) that while I enjoy Vol 1 and its Japanese-tone/setting more than Vol 2’s spaghetti Western style/frame, I can’t sacrifice one for the other. Uma Thurman’s Bride is a character for the ages – at once wounded and broken yet with a resilience and a strength usually reserved for much more testosterone-fuelled heroes of action films. Much like with other films on this list, Tarantino’s double feature won my heart with the Crazy 88s sequence which swings from high camp (the spanking with the sword) to full out gore (anyone ever count how many limbs are lying around?) to beautifully stylized fight choreography without lowering the stakes or sacrificing the driving narrative.
14. Thank You For Smoking

As Part 1 made clear, Up in the Air won me over (unsurprisingly) and while Oscar went ga-ga (or I guess Dia-blo!) over Juno, it is this Aaron Eckhart vehicle that cracks me up everytime when it comes to Reitman’s filmography. A scathing look at capitalism, individualism, modern families and American ‘values’, Thank You For Smoking manages to take on controversial issues with mordant bite and witty humour. Maria Bello and Eckhart bring the house down as cut-throat corporate bitches with (maybe a blackened) heart.
13. Atonement 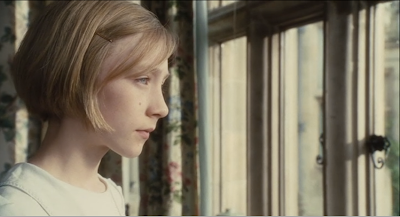 That green dress! I mean, I know there are more reasons to love this Joe Wright directed film, but that library scene alone makes me swoon every time I watch it. It’s not just the fact that the erotics of Kiera and James are framed in such an apropos location (what is Atonement if not an exploration of the intersection between texts and sex?) but that the sex appeal of the scene is done mostly by suggestion with little or no nudity required to entice (and excite!) its audience. A breathtaking performance by Saoirse Ronan makes the first act of this film a gem in itself, and while it meanders and loses me quite a bit when it becomes a war film, Garai and Redgrave manage to salvage the film and make it one of my all-time favorite failed romance films this decade gave us.
12. Ratatouille

How do you successfully blend a story of a rat who wants to be a world-class chef, sumptuous animation and still manage to hit notes of ‘being/finding yourself’, ‘family’ and vermin? I have no idea, but clearly Brad Bird and his team over at Pixar know something I don’t about making heart-warming, beautifully rendered films with off-beat premises.
11. The Devil Wears Prada

This might seem like a ‘light’ inclusion (it is, after all a film about the fashion world told through mostly formulaic comedic cliches) but Meryl as editrix Miranda Priestly, Anne as the plucky Andrea, Stanley as the bitchy Nigel and Emily as…well, Emily, lift this adaptation (from a mostly grudge-driven and mean-spirited albeit hilarious novel of the same name) to another realm. Patricia Field’s costumes alone and Streep’s cerulean monologue make this a rewatch-staple every couple of months.