TOP 50 FILMS OF THE 2000s
This is obviously a biased list of titles that range from Oscar winners to animated gems, and the only criteria I used was: “movies that I have thought about, have rewatched over and over again and which have stayed with me in one way or another.” It’s a “best of” list only in the sense that that ‘best’ is utterly subjective. (Also, since these are my criteria, this explains why 2009 titles aren’t as well represented – I need more time to digest and work through them).
25. Lilo & Stitch 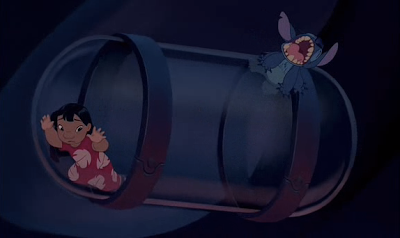 What better way to kick off my list than with one of my all-time favorite Disney films? (Albeit one that didn’t get the critical and box office love it deserved) It may not match the brilliance of the string of Pixar gems that peppered the 2000s or the buoyancy of the 90s renaissance of Disney musicals, but Chris Sanders’s Lilo and Stitch has such an off-beat premise, such a gorgeous water-coloured palette and such an adorable pair at its center, that I can never refuse its charms as it blends sci-fi, Hawaii, Elvis and riffs on buddy-movies and advancing a beautiful theme surrounding “family” (“Ohanna means no one gets left behind”).
24. 8 Women 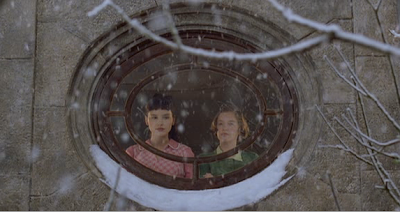 It seems my idea of “Foreign Films” is restricted to French and Spanish language films (with the occasional Miyazaki thrown in). This is something I should work on, but I could do worse in finding two countries with a wider and more interesting filmic selection. Francois Ozon’s 8 Women, while uproariously campy and unswervingly stylish (almost to its own detriment) it is such a joy to watch that I can’t help but light up whenever the eponymous 8 women from the title (which include such French beauties as Isabelle Hupert, Catherine Deneuve and the luminous Ludivine Sagnier) burst into song and dance. Who knew there could be a whodunnit that could work just as well as a musical and as an actressexual dream?
23. A Single Man

In compiling this list I’ve realized how much respect and adoration I have for wonderfully aestheticized films. That’s not to say that all “pretty” or “formally disciplined” films are good, but that when an attention to an aestheticized form is paired with the right tone and story, the results can be mesmerizing (just wait for my Top 5 – they all conform to this). Tom Ford’s film – while recent in my memory, has been haunting me now for over two weeks. After watching it, I thought it was a good film with a heartbreaking performance by Colin Firth, if not the home run I wanted it to be (the film, not the performance). But the more I think about it, the more I fall in love with Ford’s film: its European flavor, its gorgeous art direction, its meticulous shots, its obsession with the male body.
22. Up in the Air 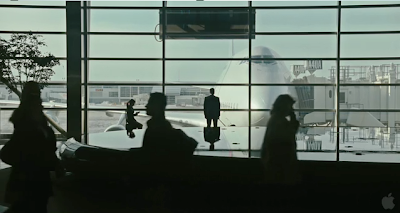 In choosing another 2009 title, I didn’t have to go far. It is not surprising any of Reitman’s films would have finished in my Top 50: I love his style of storytelling and with this George Clooney vehicle he’s hit all the right spots. Described as “Death of a Salesman starring Cary Grant” (by Roger Ebert, I believe), Reitman’s film has us follow Ray Bingham as he finds the world as he knows it slowly ebbing away. If to travel is to live, as he believes, what happens when one is no longer in flight? With a pair of lovely supporting ladies (Farmiga and Kendrick), Clooney and Reitman’s witty film is a joy to watch, even as its ending feels at once to hopeless and too hopeful.
21. Lord of the Rings Trilogy

I know it’s a cop-out (see 15) but how can you really separate these three films that together they make one of the most daring cinematic achievements of all time, let alone the decade? Every time I talk about these films I feel I should re-watch them yet again (I’ve rewatched them here and there but never in a row, never in any systematic way) because every time I catch them on cable or at someone’s house I am enraptured by the way Jackson & co. manage to make Middle Earth’s conflict feel so epic and yet so grounded. If I had to choose one film to spotlight it would be Fellowship (Two Towers suffers from being the middle film and Return of the King for all its greatness feels too long and its multiple endings always feel less engaging than they should be). A great ensemble, enviable special effects, a gorgeous score and the lovely New Zealand canvas just add to the overall wonder that these films created over three years of my life (and for years to come, I’m sure).
Runners-up (in alphabetical order):
Batman Begins, Bring it On, Brokeback Mountain, Catch Me If You Can, Chicago, Duplicity, Frida, Finding Nemo, Hairspray, Legally Blonde, Mary and Max, Match Point, Mean Girls, Memento, Monsters, Inc., Notes on a Scandal, Once, Something’s Gotta Give, Spiderman 2, Spirited Away, The Incredibles, There Will Be Blood, Transamerica, Unfaithful, X2.