The Endings blog-a-thon, or How Nine to Five’s Ending is hysterical! 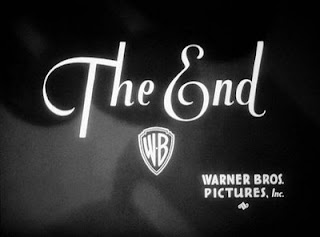 I know I am fashionably late to what looks to have been a wonderful end of year, party, but here goes my post for Valley Dreamin’s The Endings Blogathon
Haven’t you ever braved it to the end of a movie only to find it wraps up the “End” with a couple of title cards that tell you what happens with every character involved? I usually find these title cards a bit of cheap way to end a movie (it is common and sometimes admissible in biopics and “based on real events” films, in which case you sort of expect the filmmaker/screenwriter to cut off the story at some point and fill you in – but still!)
In any case, sometimes a film will surprise me by using these title cards to great effect and the fantastic Nine to Five is a perfect example. If you haven’t seen this film (and really, how could you pass up Jane in glasses, Dolly way back when and Ms Tomlin in all her glory?) you should check it out. I watched it recently and fell in love with it – oh the joy of seeing a crisp, smart and well-written comedy focused on gender dynamics!
Anyways, the end image is hilarious. After all their plans have been revealed and they are about to be called in to be arrested, as luck would have it these three ladies end up having something to celebrate anyways: 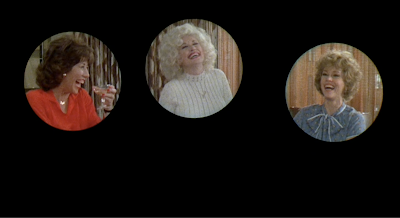 And then, true to its tryad formula, Nine to Five offers us the fates of our three heroines – very much in line with what the film has offered us of each. That they are each paired with out-of-context and yet such apropos snippets of scenes just make them more delightful: 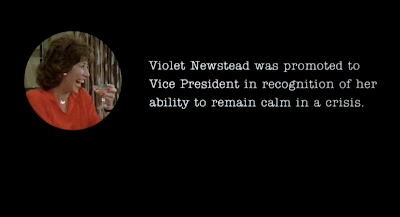 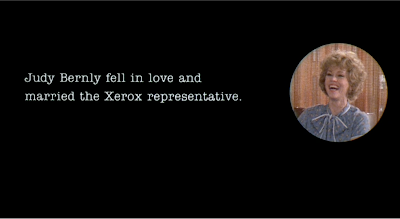 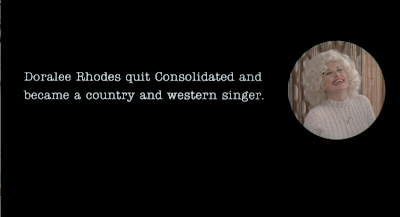 The beauty of them are the simplistic images they convey and the ways in which they only make sense if you’ve been watching and relishing the hysterical laugh riot until now.
See? Title cards like this make me giddy whereas something like this:

Nothing against Ron Howard and his film, but *snore*. But really, if you’re gonna make us read in the theater (and not because you’re aiding our linguistic impairments) you really should make it worth our while, no?