Pushing Daisies, or How I Love This Forensic Fairy-Tale

Okay so I never said I was going to leave my day-job and become a tag-line writer, but I do think it nicely sums up the premise of my favourite new show this season: Pushing Daisies – y’all probably know I’ve written extensively about it already. Check out Cheno singing here, my love for pies here and my initial reaction here. 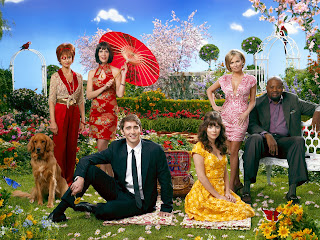 It recently occurred to me that I should show some (more) love for the Pie-Maker if only to convince more people to watch this appallingly under-watched gem of a show (during sweeps PD was garnering a ‘measly’ 8.83 million viewers compared to the 14 million who watched the pilot back in October). And with the last produced episode coming at us this Wednesday, today’s as good as any other day.

5. Guest Stars done Right. Far from the Nielsen-driven guest-starring spots that drove the latter seasons of such hits as Will and Grace (which I looove) and Friends (which I thank for 10 wonderful years) Pushing Daisies has managed to recruit (among others) Molly Shannon, Paul Reubens, Raul Esparza, Christopher Sieber, and even E!’s own very Kristin Veitch to create a series of amazing characters that populate this pie-loving world.

4. A Colourful Pie-lette. Above all, Pushing Daisies is a treat to look at. It is actually one of the few shows that makes me wish I had an HDTV.

3. The Cast. Where else do you get to see Kristin Chenoweth singing ‘Grease’, Lee Pace wearing deliciously stylish vest/trench-coat outfits, Anna Friel dancing at a rooftop in a beekeeper outfit, and Chi McBride wearing lavishly tacky dress shirts while knitting? The core cast has made their characters lovable, complex and above all interesting.

2. The Dialogue. Their words are better suited to explain this one:
Ned: I asked you not to use the word “zombie”. It’s disrespectful. Stumbling around squawking for brains? That’s not how they do. And “undead”? Nobody wants to be “un”-anything. Why begin a statement with a negative? It’s like saying, “I don’t disagree.” Just say you agree.
Emerson: Are you comfortable with “living dead”?
Ned: You’re either living or you’re dead. When you’re living, you’re alive. When you’re dead, that’s what you are. But when you’re dead and then you’re not, you’re alive again. Can’t we say “alive again”? Doesn’t that sound nice? 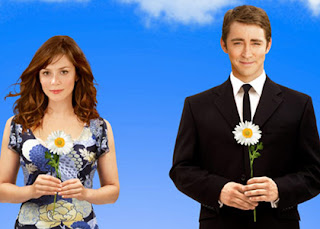 1. The story. The facts are these: the premise of a pie-maker that can bring people back from the dead with just one touch is as fascinating in episode 9 as it was in the pilot – and that says a lot about how much potential the initial premise had, but also the deft skill with which the writers have been mining the premise and advancing the fairy-tale like romance between Ned and ‘recently deceased and brought back to life’ Chuck.

Overall, it is a fresh, tightly-written show with beautiful people that looks like a 1950s postcard brought to life. What’s not to love?