Mary and Max, or How ‘Aspies for Freedom’ should be sold as a shirt

Mary and Max
Written, Directed and Designed by: Adam Elliot
Voiced by: Toni Collette & Philip Seymour-Hoffman
It wouldn’t be a stretch to say that Mary and Max would make a great double feature alongside PIXAR’s Up. After all, in their own ways, they paint a picture of ‘living life anew’ pairing an older character with a younger one both for contrast and for character development. But whereas Up gives us a candy-colored adventure, Mary and Max immerses us in a world as stark and monochromatic as its color palette.
You see, Max (Seymour-Hoffman doing amazing voice-work) is a jewish-raised older New Yorker suffering from Asperger’s syndrome while Mary (as an adult voiced by Ms Toni Collette, a wonder as always) is a young Australian girl with distant and cold parents. They begin an unlikely pen friendship throughout the years and the film moves episodically with their correspondence through deaths, marriages and everything else the world throws at them. 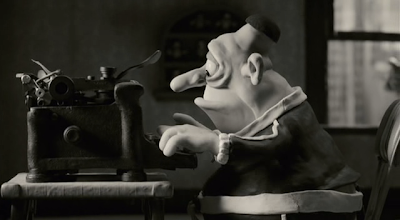 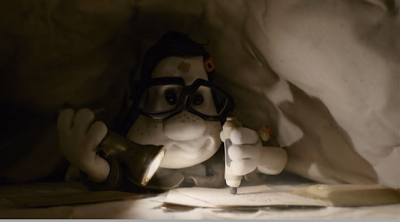 To call the film’s humor “dark” would be an understatement (see one of my favorite visual jokes of the film below), but this – alongside its no-nonsense trip through mental illness and depression and their consequences in the lives of Mary and Max- makes the film a pleasure to watch, especially given its visual beauty (the choice to make New York a mostly black and white environment while tinging Australia in brown hues makes for a simple yet inspiring move). At times absurdly hilarious (Mary, for example, believes that Aussie babies are found in beer glasses by their fathers, while Max informs her that in America babies are hatched: by Rabbis if you’re Jewish, by Nuns if you’re Catholic, and, by hookers if you’re an atheist; both a result of their respective parenting) and at times harrowingly uncomfortable (Toni singing ‘Que Sera Sera’ in a pivotal scene in the film is heartbreakingly stunning), Mary and Max makes for a roller-coaster ride of a film (not just because of its quick shifts in tone, but for its lulls – an unfortunate side-effect of the structure of the film, based on the epistolary conversation between the two characters). A- 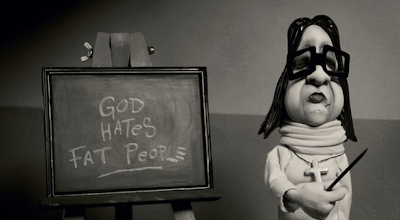 PS. I couldn’t not share the following frame which seems to pay homage to Collette’s breakout film (Muriel’s Wedding for those of you wondering) as Mary finds herself crying over heartbreak after getting all dolled up for her neighbor Damien (Eric Bana): 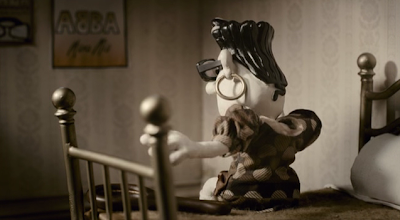