Mad Men, or How "a guy walks into an advertising agency…"

The more things change…
Can we please just talk about this week’s episode of Mad Men (you know, the one that aired at roughly the same time the show was receiving its two Emmys on Sunday)?
Coming hot on the heels of what I thought was one of the best episodes this season (last week’s “The Fog”), Matthew Weiner & co. have presented us with an episode that threatened to change everything at Sterling Cooper and in a ‘bloody surprising’ move, managed to turn everything back to ‘normal’ faster than you can say John Deere (if that line makes no sense to you, you need to watch the episode, as I have no desire to spoil the episode’s plot-twist (though you can go here and see an animated GIF of it if you want)).
If nothing else, this episode re-calibrated much of the plot gears we have slowly been watching (Sally and Gene, Betty’s (in)explicable attitude towards her family, Peggy & Pete’s career aspirations – notice how McKendrick used the same line on both of them, Don & Roger’s enmity) but did so in a very MadMenian way: not with grandiose changes (though it did start out that way) but by challenging its characters with what so threatened the 1960s: the status quo.
And jolly did it do it with a dose of black humour:
“I’m bored” 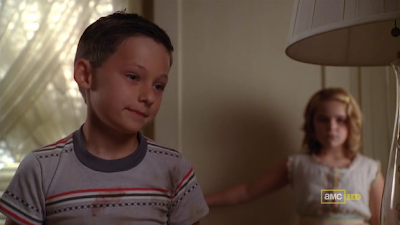 “Bang you head on the wall” 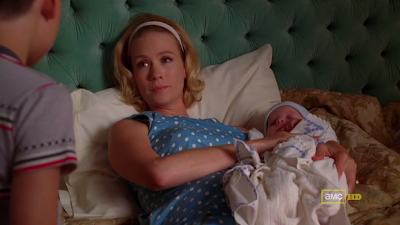 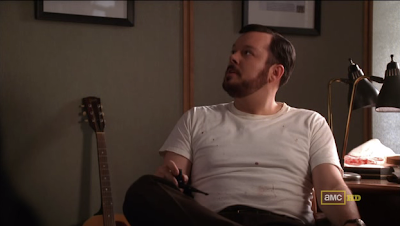 “Right when he got it in the door…” 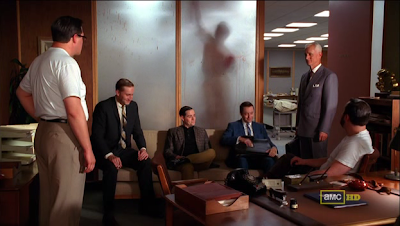 Yet for me the question remains: what will happen to Joan who has seen (in less then a year) her hopes for marrying a successful doctor and living the/her dream dashed (not least because of her rape last season, but also because her beloved didn’t make surgeon after all) – will she return to Sterling Cooper? Is there a way to do so while still being able to rule the office – not with a iron clad fist but – with a stylish silk glove?
That said, I love that she got screen time (and one of the better lines of the night):
“My god” 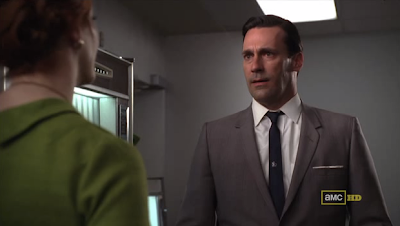 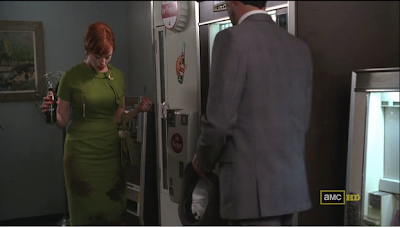