Lilo & Stitch, or How Everything I Learnt I Learnt from Animation

January 7, 2008 · in Everything I know I learnt from Animation

I’m fond of series – not just tv ones but also blogging ones. I find it helps me maintain a sort of thread through a collection of posts (as much as I also enjoy random posts which come up on the spot). So I thought, what better way to kick off the new year than with a new blog series?
I give you:

Everything I Know I Learnt From Animation:
Lilo and Stitch Edition

It’s true. I grew up with animation – but then, who didn’t, right? Which is why I think we should mine animation for what parents have deluded themselves into thinking it is for: pedagogy. 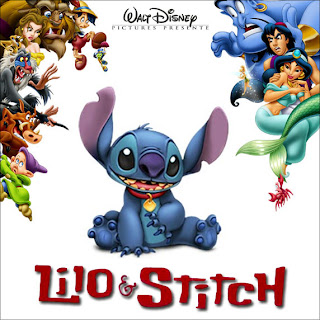 9 Things I learnt from Lilo & Stitch:
-Ohana means family – it means nobody gets left behind or forgotten.
– Only reason black people wear black suits is because they work for a secret government organization (see MIB the animated series)
– Hawaiian girls kick more ass than your average Disney princess.
– You can still have a career after Relic Hunter (see Tia Carrere’s imdb page)
– 2D Animation can be successful even without an ‘I want’ song or a love-interest at its center.
– Aliens can be cuddly.
– Every family has one.
– There is such a thing as a character voice-actor (See Chris Sanders: Stitch and Mulan’s Little Brother): but then, he’s also the creator and producer of that 626 Experiment…
– Elvis is a good role-model worthy of imitating. (He died how…? Huh. The movie never mentioned that part)