As soon as I got out of a packed screening of Les Miserables, I tweeted,

And while I was aiming to be tongue-in-cheek, the overall sentiment still stands: Tom Hooper’s direction and stylistic choices in terms of framing and shooting this epic musical are as misguided as they are ineffective.

It’s not just that Hooper uses the close-up indiscriminately, which he does — sometimes affectingly as in Fantine’s I Dreamed a Dream, sometimes obtrusively as in Valjean’s soliloquy — but that in doing so he robs the very effect of a close-up of its specificity. The reason Hathaway’s I Dreamed a Dream is so effective and affecting is that in the almost static close-up of her face, we are able to glimpse Fantine’s hopelessness. The close-up functions here both to quite literally blow-up her emotions but also to offer them up; this is raw emotion unencumbered by editing, framing or scenery. 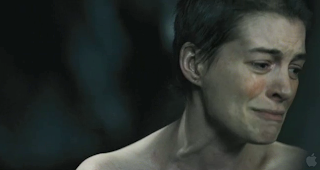 Pity that instead of this being a valuable (if not necessary) stylistic choice, Hooper makes it his only choice. And, if this were a different musical (or a different movie for that matter), we could see the overabundance of close-ups as offering up some clue as to their rhyme and reason. But here, amidst a musical that glorifies collectivity (in revolution, romance and religion), it seemed weird if not altogether distracting that Hooper chose to limit shots to giant emoting faces even in scenes and songs where this very collectivity was woven into. 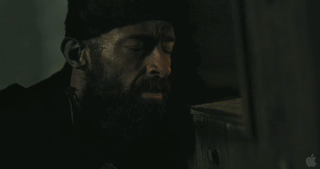 Take for instance “In My Life/A Heart Full of Love.” While the intertwining melodies of the songs demand vision of a triangle, Hooper’s choices made it look as if Seyfried, Redmayne and Barks were in different sound stages when they shot the scene, his camera never allowing them to share a shot for more than a second. But while this scene’s inability to give us the romantic triangle it is premised on seems like a missed opportunity, other scenes feel altogether failures in even granting viewer’s the ability to locate themselves and the characters. For what the close-up gives us in terms of emotion and attention to character, it robs us in terms of geography and setting. Hooper’s inability to pan out leaves us with little notions as to where characters are at any given point (how far is Javert in relation to the fleeing Valjean? where is the cafe in relation to… well, anything?) This is most egregious in the Master of the House bit where the neatly (if claustrophobically) choreographed pick-pocketing leaves you with no sense of the actual house Thenardier is master of. 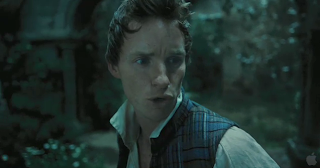