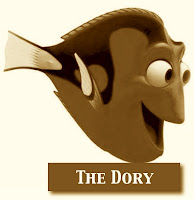 Back when I started blogging in 2007 (A Blog Next Door dot blogspot dot com, if you’re curious), I felt I should include myself in the end of year awards conversation I so cherished and obsessively followed. That’s how the Dorys (Door-ees, get it?) were born. Sadly soon after, graduate school overpowered my blogging passion and after crowning the best of 2008 (WALL-E) and 2009 (A Single Man), I swiftly bid them goodbye. So, as I’ve been trying to get back in the blogging game (see some of my posts over at The Film Experience), I figured I’d share the best of what I saw in 2014.

But before I offer my 2014 picks, I figured I’d give a bit of background offering my Top 10 Lists for the past six years, bringing The Dorys up to speed:

You immediately sense some patterns. I love me some female-centered storytelling (that said, I really need to make a better habit of seeking out more female-directed films for while Sarah Polley and Kathryn Bigelow have topped my list the past two years, I still only manage a 10% rate when it comes to including those), and while the boyfriend rightly asserts I tend to seek “depressing films” (see Short Term 12, Blue Valentine, I’ve Loved You So Long or Extremely Loud and Incredibly Close for some examples), when I look at these sixty films side by side, I notice that animation has been a staple of mine (WALL-E, Up, Mary & Max, Rango, Frankenweenie, Frozen), while clearly beautifully designed films (Anna Karenina, A Single Man, Revolutionary Road, Tinker Tailor Soldier Spy) tend to catch my eye.

You’ll see a bit of all of this in my picks below. I have yet to catch a few other prominent titles *coughUnbrokenWhiplashAMostViolentYearcough* but I am confident with the lists below. Over 35 films are singled out and I handily recommend all of them. As always, a Top 10 is less about naming “The Best” but about crafting a capsule for what I enjoyed throughout the year. It’s no surprise then that films about LGBT subjects, films with a feminist bent, and films that nest in themselves questions about media feature so prominently. As always, since I watched so few documentaries and animated features I’ve refrained from including separate categories for them.

1. Under the Skin. For being hypnotically alluring, making alienation both text & subtext.
2. Selma. For being visceral storytelling, making a weighty history lesson pulse with raw energy.
3. Mommy. For being aggressively synesthetic, making motherhood a three-way affair.
4. Nightcrawler. For being darkly frightening, making media sociopathy so unnervingly familiar.
5. Lilting. For being so beautifully melancholy, making grief a language unto itself.
6. Wild. For being a kaleidoscopic memory trek, making a journey out of a free fall.
7. Birdman. For being a sharp-tongued backstage satire, making myth-making a myth in itself.
8. Love is Strange. For being so touching, making a domestic crisis ripple with immediacy.
9. Pride. For being a celebration of the will to effect change, making us beam with it.
10. Gone Girl. For being a thrilling puzzle, making a cipher out of a twisted marital autopsy.

Runners-up (in alphabetical order): The Babadook, The Clouds of Sils Maria, Edge of Tomorrow, The Grand Budapest Hotel, Guardians of the Galaxy, The Homesman, Ida, Into the Woods, The One I Love, Only Lovers Left Alive.

The Babadook
Godzilla
Edge of Tomorrow
Under the Skin
The Boxtrolls

Dawn of the Planet of the Apes
Under the Skin
Guardians of the Galaxy
Interstellar
Captain America: The Winter Soldier