Dollhouse, or How consent isn’t a play-thing 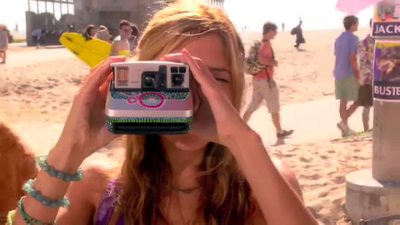 Not often can one drop the names of (feminist thinkers) Andrea Dworkin and Catharine McKinnon when discussing a network show, but that is exactly what Emily Nussbaum did over at her blog Surf when discussing last night’s episode of Dollhouse “Belonging.” And damn if it’s not a great read!

Written by Jed Whedon & Maurissa Tancharoen and directed by Jonathan Frankes, this latest episode moved away from Eliza Dushku’s Echo/Caroline plot (and even benched Tammoh Penikett’s Paul Ballard!) and focused instead on the doll Sierra (played by Dichen Lachman) – her backstory which we had glimpsed at last season (namely, Priya-turned-Sierra was taken to the Dollhouse because she wouldn’t comply with a valued ‘higher-up’ of the Rossum corporation which owns the Dollhouse). Discussing the main themes of Dollhouse and how they relate to the Whedon world, Nussbaum tells us that,

If you’re a resentful Whedon nerd, you’ve got mind-control issues, a sexually charged situation his series tend to at once oppose in theory and play out in a cathartic way in practice. (As Dollhouse in particular demonstrates, it’s awfully hard to distinguish these things when your sex slaves are mincing around in tiny tank tops.)

“Belonging” pushes that sex-slave theme to its limits. It bubbles over with unsettling insights into the Dollhouse’s ethical status, fueled by brilliant performances by both Dachman as Sierra and Fran Kranz as Topher, whose status as Sierra’s creator/brainwasher is given tremendous complexity (he’s regretful, he’s complicit, he’s innocent, blood is on his hands). 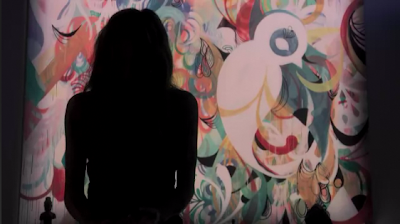 As a quasi-fan of the show myself (during its first season it never quite grabbed me though those last episodes, and Epitaph One – the unaired mythic 13th episode, really pulled all the punches and got me back into the Whedon-bandwagon) I am thoroughly enjoying this new season (trust FOX to pull a Whedon and give us a good thing before killing it off!). This is mainly due to the fact that it has truly embraced its ethical ambiguity and exploited it to advance more (and more interesting) questions than any other broadcast show on TV. Through Sierra’s storyline – clearly the one that most mirrors the slavery-motif of the Dollhouse, Whedon & co. crafted one of the most affecting episodes dealing with human trafficking and female consent I have ever seen on TV.

With “Belonging,” Dollhouse breached new territory for the show, delving deep into the wounded conscience-addled Topher (played by Fran Kranz) – a character who began as a two-dimensional “nerd” stereotype, at once too smart for his own good and too disinterested to care about his dolls, but who has morphed into the character that most self-reflexibly shows us the limits of the Dollhouse’s ethics. In one of the most chilling lines of the series, we hear Olivia Williams’ DeWitt tell Topher that 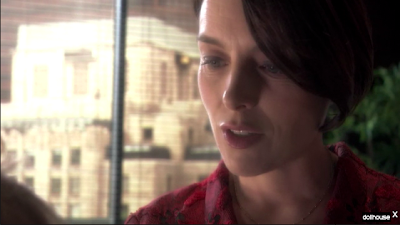 “The cold reality is that everyone here was chosen because their morals have been compromised in some way. Everyone except you. You Topher were chosen because you have no morals. You have always thought of people as play-things. This is not a judgement; you alwasy take very good care of your toys. But you’re simply going to have let this one go.”

Topher’s character arc (as Epipath One showed us) will be to deal with this newfound conscience as the searing revelation of what his technological prowess has done (and will do) to everyone inside and outside the Dollhouse becomes clearer and clearer. Is the Dollhouse simply a fancy prostitution agency which manages to disavow human consent by instilling/imprinting a ‘real’ desire out of nothing? Or is the question an even bigger one: what are the expectations of desire and consent in a world that is already so invested in performance and make-believe? Priya/Sierra may be able to go back to the Dollhouse as a clean slate (maintaining only her love for Victor) but Topher is left alone in his geek quad to live with what he has done and what he must do every day: ‘help’ these dolls. But at what price? At whose bidding? 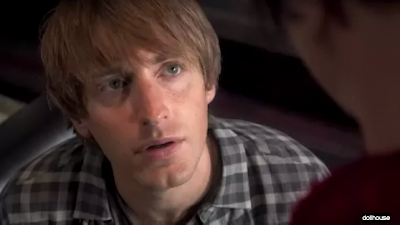 If the last couple of episodes have shown us anything is that the better Dollhouse is as a series, the more uncomfortable are the ideas/questions it (re)presents. We have to wait til December 4 for the next couple of episodes, but I personally can’t wait for what Whedon & co. have in store for us.