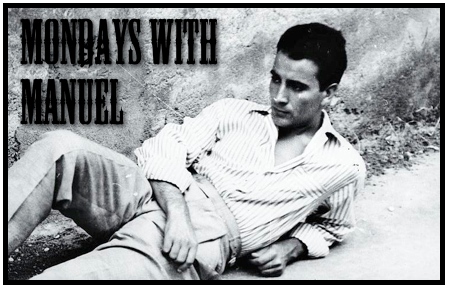 Mondays with Manuel is a new ongoing series here at the blog wherein I am watching all the films referenced in Manuel Puig’s The Buenos Aires Affair (1974). If the name sounds familiar, it is because Puig gave us that other Hollywood-obsessed book (turned film/turned play/turned musical) Kiss of the Spider Woman (1976). In his 1974 police novel, Puig opens every chapter with a snippet of dialogue from movies he adored, all of which star beautiful and iconic starlets from Old Hollywood from Dietrich to Garson. I’m working on Puig and the influence of these films on his prose for my dissertation, and this seemed like a good way of doing double duty (triple if I include the fact that I hadn’t seen any of these films before!).
XIII
The Austro-Hungarian general: (in his bachelor’s den after the masked ball) Champagne?
Marlene Dietrich: (removes pistol from the spangles of her costume, aims it at him) No.
The Austro-Hungarian general: (suddenly realizing that the girl is a spy and has discovered the secret message contained in an insignificant cigarette holder) I guess the block is already surrounded by the police.
Marlene Dietrich: I’m sorry, it’s my job.
The Austro-Hungarian general: (sincere) What a charming evening we would have had, if I hadn’t been a traitor and you a spy.
Marlene Dietrich: (nostalgic and disenchanted) In that case we would have never met.
(from Dishonored, Paramount Pictures) 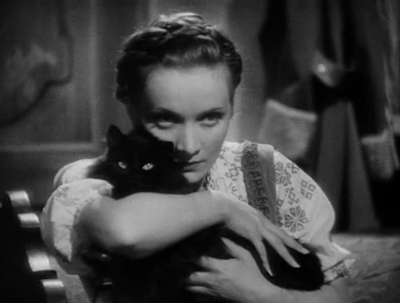 The incomparable Dietrich stars in this Josef von Sternberg film as a prostitute turned spy dubbed X-27. Puig always mentioned this film as one the most influential on his work. Anyone familiar with von Sternberg’s film and Puig’s celebrated Kiss of the Spider Woman will likely find the reasons for this quite evident as X-27 is a precursor to Puig’s own Molina. And just as Molina finds himself attracted to the guy he’s supposed to be betraying, here Dietrich’s X-27 is only weakened by the lurking attraction to an enemy general (who sadly costs her her life by the end of the picture). 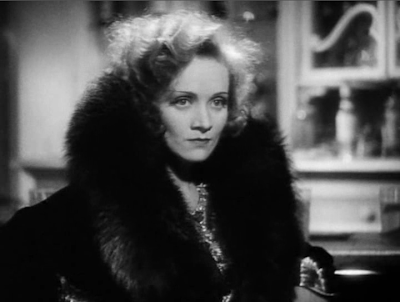 For The Buenos Aires Affair though, Puig chooses an early scene that showcases the duality in Dietrich’s character. In that “nostalgic and disenchanted” line reading, Puig isolates what is so striking and alluring about Dietrich’s X-27. As a prostitute and later a spy, X-27 finds herself relegating her own sexuality for exploitation, hollowing out her own feelings. What ultimately leads to her “dishonorable” discharge and death, is the moment she lets her own feelings (ambiguous and ambivalent as they may be, given Dietrich’s intentionally inscrutable performance) override her orders. It is fitting that Puig would isolate this scene as it showcases the underlying sense of romanticism the film presents in its ruthless spy-caper genre and one which vocalizes that very dissonance (“In that case we would have never met”): X-27’s romanticism is as necessary as it is impossible, not that that stops her from acting on it once the right man comes along. 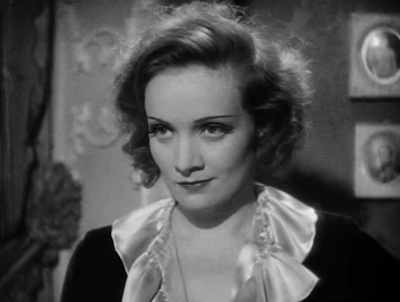