Damages or How ‘iconic much?’ 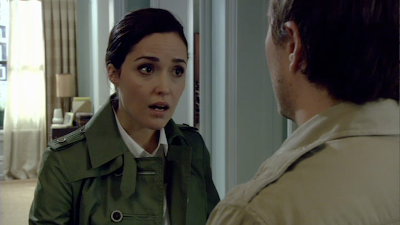 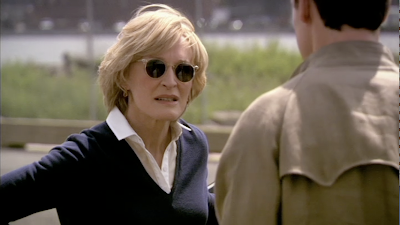 I just finished the first season of Damages (yes, I know! I know… I’m behind: I’ll be catching up with season two as soon as I can) and I gotta say it’s one of the most electrifying pieces of Television I have ever experienced. Not only is the acting top-notch (no surprise there since you have an Oscar-nominated actress headlining and Cheer-y TV royalty providing supporting work), but it is also one of the most tightly wound scripts I have encountered (especially considering it is – at its core a procedural, and those are usually so lazy). In a way, it is – if nothing else – a master class in “How to Use Flashbacks Effectively” mainly because instead of providing tiresome “and this is how it all happened”, the use of flashbacks in every episode works to at once frame and reframe what we’re watching. It is an editing and writing triumph that never lets you off the hook (it consciously rewards studious and attentive audience members rather than indulging your lack of attention by giving you answers). 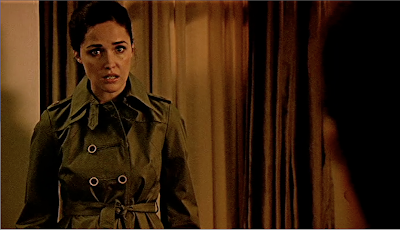 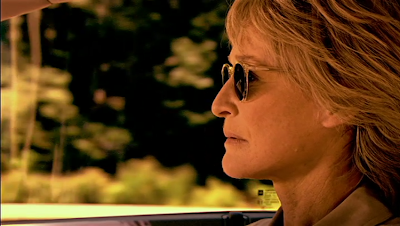 But there was one thing I wanted to showcase and that’s the use of iconic costumes/accessories. While contemporary TV shows may not consciously draw attention to their crafts (take as an example, how the costumes and production of design of Mad Men seem to become a character onto themselves whereas something like Law & Order… not so much. The clear exception here would be something like Sex and the City but that’s a whole different ball game, y’know?) – Damages (in a mere 13 episode season) managed to create two iconic pieces: Patty Hewes’ sunglasses and Ellen Parsons’ green trench-coat: 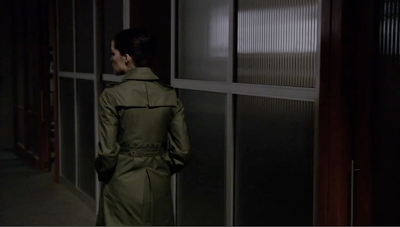 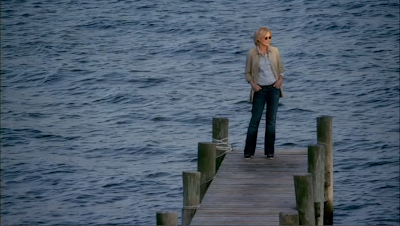 This iconicity is not only because of their recurrent use (after all, Ellen is wearing the trench coat in the opening scene and therefore becomes the image we have of her as relives that dreadful night in Patty’s apartment, whereas Patty just seems to stand outside a lot and therefore needs sunglasses) but because they so clearly embody and represent the characters they adorn. 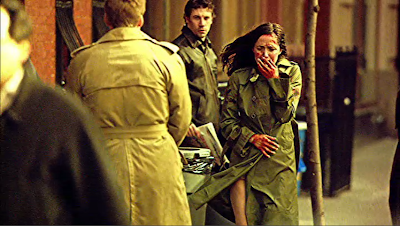 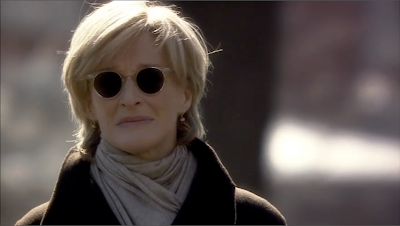 Are not sunglasses and trench-coats the (albeit cliched) garbs reminiscent of secret rendezvous in alley ways and undercover meetings? This is the world that Patty and Ellen survive in, but we can also look at Ellen’s done-up trench-coat and see how guarded and uninviting she’s become, and Patty’s sunglasses as another way in which Ms Hewes stays in control, never revealing more than she needs to. In a way, combined, these two iconic pieces embody the sole truism that the show advocates: “Trust No One.”