Best Supporting Actress, or How Desire is the Word

A Blog Next Door’s Oscar coverage 2009: for the lit theory junkine in me and the Oscar watcher in you.
Best Supporting Actress 2009: ‘Lacanian Desire’
Okay so we dealt with the crazy supporting boys, the ‘manly’ leading men and the motherly leading ladies… so what is left? Well, we have a lovely bunch of supporting ladies (don’t they make a gorgeous lineup?) who exemplify to one extent or another the different models of desire that (just like ‘motherhood’ in the leading ladies) these characters exemplify.
And so here we have a mother, a nun, a stripper mother, a foster mother and a power of nature: 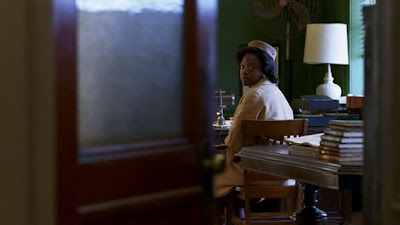 Viola Davis is “Mrs Miller” in Doubt
‘I just want what’s best for my son.’
& 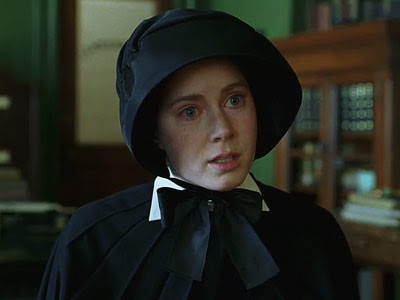 Amy Adams is “Sister James” in Doubt
‘You just want your simplicity, back.’
If I’m lumping the two Doubt girls it is not because of any attempt at diminishing the individual impact but because they both showcase (I think) a similar drive: to keep things as they are (or were, as it may). Both Sister James and Mrs Miller function in the film as character who don’t wish to face (or can’t fathom to face) the revelation which Sister Aloysius wants to bear on those involved. While one appears more troubled than the other, they both show us women whose desire is for the ‘status quo.’  Interesting because this desire for not-change as a model of a world outlook comes at once from a place of faith (Sister James) and a place of social inequality (Mrs Miller), yet it hinges on their role as women pit against men. Our desire contains. 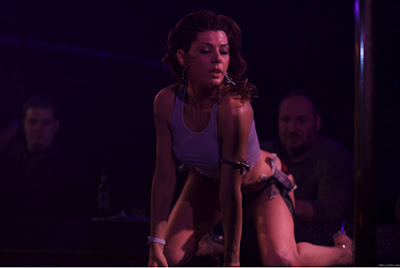 Marisa Tomei is “Cassidy” in The Wrestler
I elicit desire.
Here is a woman who makes money off of men’s desire. Cassidy sells the image of her body and is able to make dance that fine line between harnessing desire and letting it out of control. Indeed, her relationship with ‘The Ram’ suggests that she can only apprehend relationships within a policed desiring structure (client-stripper) and has a hard time figuring out how that desire can either transcend or be turned into something else. My desire titillates. 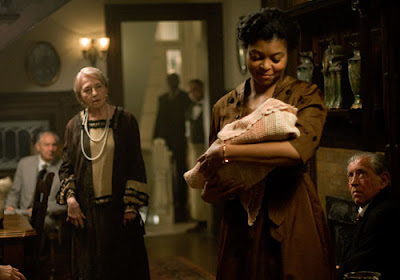 Taraji P. Henson is “Queenie” in The Curious Case of Benjamin Button
I desire to be a mother.
Here is a woman whose desires seem to be unconvincingly selfless. I say that because Queenie seems to not have any desire that is not directed/aimed at someone else (she wants to care for Benjamin, she devotes her life to helping older folks – all, it would seem at her own expense). The film (indeed the premise) cannot empower Queenie with any desire other than to be Benjamin’s mother. My desire is muted. 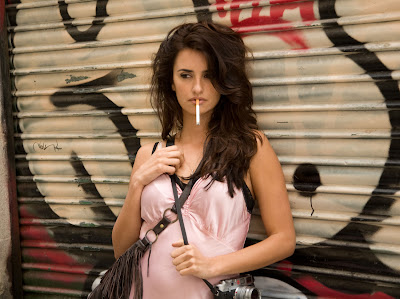 Penelope Cruz is “Maria Elena” in Vicky Cristina Barcelona
I am desire.
Here is a whirlwind of desire – unstoppable, misdirected and at times violent (but then, aren’t all warm-blooded European female artists like this?) If there’s one thing that Maria Elena epitomizes is the temptation (and curiously dangerous allure) of unbridled desire – be it sexual (with Juan Antonio), artistic (with Cristina) or both (with both!) Whether Woody presents us with a prescription or a warning is up to the audience, but compared to the pale (and might we even go as far as say ‘frigid’ and ‘clinical’?) Vicky and Cristina, we can’t fault the camera and the characters from being so seduced by Maria Elena’s “ge-nee-uss” which stems from and is projected within her desiring/able body. My desire disturbs.