Almdovar’s Posters, or How I’m So Excited

Two new posters for Almodóvar’s new film I’m So Excited have been released (via) but this colorful one is my favorite, if only because it screams Almodóvar. 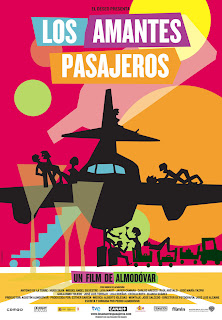 It makes me want to have a gazpacho while being tied down to a bed as I’m being filmed to the tunes of old La Lupe songs. Or maybe cross-dress while disposing of a body before I head over to witness a penis-size contest in a nun’s outfit.
Inspired by Nat’s usual posterized posts, I thought I’d revel in the pop-colored beauty that are his posters:

Volver (2006), Los Abrazos Rotos (2009), La Piel Que Habito (2011)
I have seen all but Entre Tinieblas (Dark Habits) — not for lack of trying, that one’s hard to track down! — and I can safely state that Pedro is my favorite working filmmaker. His filmography, though uneven (those first four films find him trying on different genres on for size, while his 1990s output was less than stellar though not without individual merits) is a wonderful gift. I love his films not only for giving Carmen, Antonio, and Penelope plenty to do as they honed their respective crafts, but for the visual panache and Almodovarian grammar we have come to enjoy. Whether it’s with an ouroboros-like Noir, a melodramatic showcase of gifted actresses, or a lustful revenge sex-fantasy, Almodovar’s films continue to thrill and excite three decades after his brash and colorful pop debut. And yes, I’m very excited about his new film. I mean, with this trailer, how can you not? 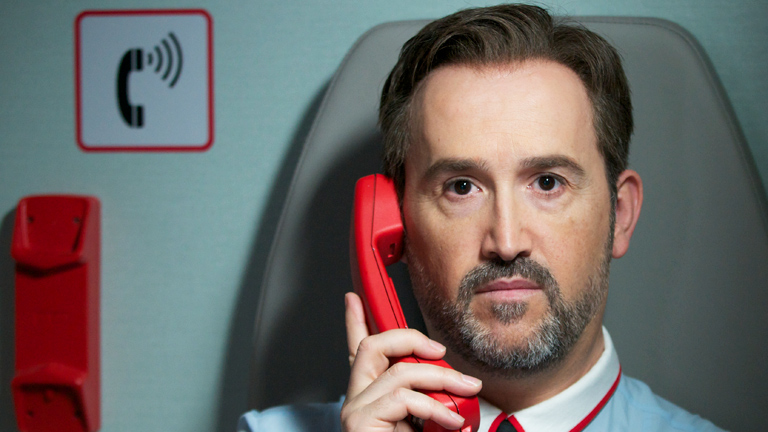