A Note on Prop 8, or How Kushner’s Angels in America’s relevance increases no?

The passing of Prop 8 last Tuesday seems to have reinvigorated the ‘gay base’ so to speak, with protests around the country against the Mormon Church (whose grassroots campaign and its 20 million dollar donations made sure it passed) and constant op-eds and editorials from the ‘elitist leftist un-American’ media about how it truly is one of the history books (to be filed under: wow America, even when praising racial equality in the Presidential race, the gays still took the hit). All the late night and early morning pundits are outrage (except for Hasselback and Sherri on The View :: rolls eyes ::) – everyone and their dog is linking and embedding the Keith Olbermann ‘Special Comment’ vid. All in what? In hopes of getting bigots on our side via a ‘happiness argument’? – I don’t know how effective that will be… but I’m glad to see people thinking of ways to try and overcome what seems like a huge set-back in equality rights (for more on that head over to Sullivan’s piece at the Daily Dish).
Last night I started re-watching the HBO adaptation of Tony Kushner’s Angels in America (which, if you haven’t seen then… well, I don’t know who you are cause really how do miss out on an opportunity to see Meryl, Al, Jeffrey, Emma, Patrick and Mary-Louise performing one of the greatest plays in American history?) And re-watching it for what seems like 4/5th time it hit me that after Tuesday, Kushner’s words have taken an ever more present urgency – how ironic that other than feeling dated and ‘historic’ (and far more than a mere ‘AIDS play’), Kushner’s play feels ever more vibrant and political, asking hard questions about the Church of the LDS, the role of religion and faith as it related to the gay community, the constant and unquestioned need for progress and movement…
And so I leave you with some food for thought: 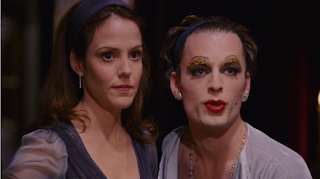 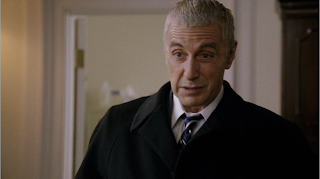 Roy: No. Like all labels they tell you one thing and one thing only: where does an individual so identified fit in the food chain, in the pecking order? Not ideology, or sexual taste, but something much simples: clout. Not who I fuck or who fucks me, but who will pick up the phone when I call, who owes me favors. This is what a label refers to. Now to someone who doesn’t understand this, homosexual is what I am because I have sex with men. But really, this is wrong. Homosexuals are not men who sleep with other men. Homosexuals are men who in fifteen years of trying cannot get a pissant antidiscrimination bill through City Council. Homosexuals are men who know nobody and who nobody knows. Who have zero clout. Does this sound like me Henry? 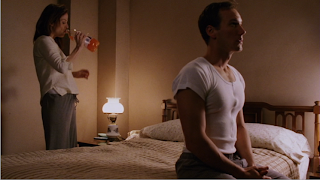 Joe: I think we ought to pray. Ask God for help. Ask him together…
Harper: God won’t talk to me. I have to make up people to talk to me.
Joe: You have to keep asking.
Harper: I forgot the question. Oh yeah. God, is my husband a …
Joe: (Scary) Stop it. Stop it. I’m warning you. Does it make a difference? That I might be one thing deep within, no matter how wrong or ugly that thing is, so long as I have fought, with everything I have to kill it. What do you want from me? What do you want from me, Harper? More than that? For God’s sake, there’s nothing left, I’m a shell. There’s nothing left to kill. As long as my behavior is what I know it has to be. Decent. Correct. That alone in the eyes of God.
Harper: No, no, not that, that’s Utah talk, Mormon talk, I hate it Joe, tell me, say it… 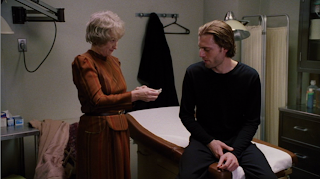 Prior: I don’t. An I’m sorry but it’s repellent to me. So much of what you believe.
Hannah: What do I believe?
Prior: I’m a homosexual. With AIDS. I can just imagine what you…
Hannah: No you can’t. Imagine. The things in my head. You don’t make assumptions about me, mister; I won’t make them about you.
Prior: Fair enough.
Hannah: My son is… well, like you.
Prior: Homosexual.
Hannah: I flew into a rage when he told me, mad as hornets. At first I assumed it was about his…
Prior: Homosexuality.
Hannah: But that wasn’t it. Homosexuality. It just seems… ungainly. Two men together. It isn’t an appetizing notion but then, for me, men in any configuration… well they’re so lumpish and stupid. And stupidity gets me cross.
Prior: I wish you would be more true to your demographic. Life is confusing enough. 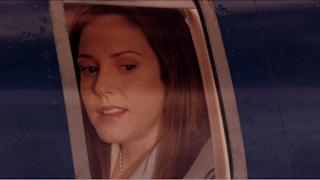 And of course, Harper at the end: “Nothing’s lost forever. In this world there is a kind of painful progress. Longing for what we’ve left behind and dreaming ahead. At least I think so.”